Before the British rule in 1815-20, the forests of the Jim Corbett National Park had a private ownership governed by local rulers. There were hardly any efforts made to keep the forest area in perfect condition. Local rulers were using the Jim Corbett area for exploiting natural resources to make high monetary profits from the jungle. However, it was only in 1858 that Major Ramsay designed a conservation plan and the conditions of the national park began to improve. 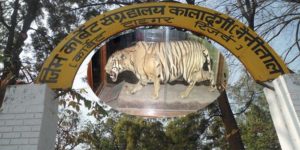 It was in the year 1861-62 when farming was completely banned in the Lower Patlidun Valley. Cattle sheds were removed and domestic animals were driven out from the forest. There were regular workers hired for fighting the forest fire and securing it from illegal deforestation. Licenses were issued for timber and counting of trees was undertaken. In 1868, the forest department formerly took the work of maintaining the forests and in 1879, all of them were declared as reserved forests under the Forest Act.

On January 3rd, 1907, Sir Michael Keen expressed the interest of turning these forests into a wildlife sanctuary but the proposal was ignored. A few years later, in 1934, the governor, Sir Malcolm Hailey, called for the proposal for the sanctuary which, in turn, went on to advocate the enactment of a law for providing the required protection to the forest area. 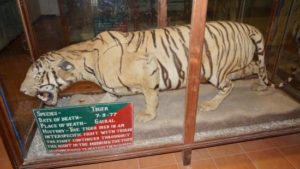 The entire area was converted into a reserve forest by the Chief Conservator of the forest. Afterward, in consultation with Major Jim Corbett, the park boundaries were defined and it was only in 1936 that the United Province National Park Act came into enforcement and reserved forest became the first national park of India, came to be known as Hailey National Park after its creator Sir, Malcolm Hailey. The national park was renamed in 1954-55 as Ramganga National Park and later the name was changed to 1955-56 as Jim Corbett National Park, honoring the renowned author and wildlife conservationist Jim Corbett.

It was in 1973 that wildlife preservationists and naturalists from different countries across the globe launched the Project Tiger, which is indeed a prestigious and major total environmental conservation project ever commenced on planet earth. The Jim Corbett National Park enjoys the peculiarity of being chosen as the primary and first venue for the project. 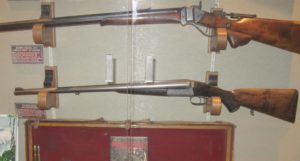 Jim Corbett National Park is considered to be one of the thirteen protected areas under World Wildlife Fund of Terai Arc Landscape Program. The program aims to protect three of the five terrestrial lead animal species, namely The Tiger, the Asian Elephant and the Great One-Horned Rhinoceros.