Corbett The Man Himself 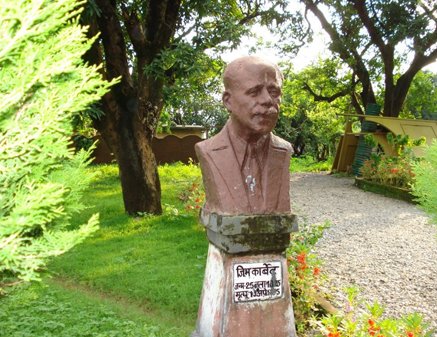 Col. Edward James “Jim” Corbett, born on the 25th of July, 1875 in Nainital, India, was a British hunter turned conservationist, author and naturalist, who in his earlier years was famous for hunting a large number of man-eaters in India. Many times, he was alleged by the government of United Provinces (now Uttar Pradesh and Uttarakhand) for killing the man-eating tigers and leopards. His hunting skills eventually made him a very popular and famed hunter who earned ling respect in the villages of Kumaon. The local population of Garhwal and Kumaon regions also considered him to be a saint.

Jim was the 8th sibling among the 13 children, all born of William Christopher Corbett and Mary Jane Corbett. His parents got transferred to Nainital in the year 1862 after Christopher Corbett was employed a postmaster in the town. During the time of winters, the family would move down the hills, where they owned a cottage named ‘Arundel’ in Chhoti Haldwani or ‘Corbett’s Village’ presently known as Kaladhungi. After the demise of his father, when Jim was just 4 years old, his eldest brother Tom was appointed as a postmaster in Nainital. Since his childhood, Jim was captivated by the forests and the wildlife in Kaladhungi.

At a very tender age, Jim mastered the tricks to identify animals and birds by their calls, as a result of his excursions. Over a period of time, he developed professional tracking and hunting skills. Jim took his early education at the Oak Openings School, which later merged with Philander Smith College in Nainital. Later on, the school was known as Halett War School and is currently running as Birla Vidya Mandir, Nainital. He quitted school before the age of 19 and found a regular employment in the Bengal and North Western Railways, working as a fuel inspector at Manakpur in Punjab. Later, he was positioned as a contractor for the transhipment of goods at Mokameh Ghat in Bihar.

Jim desired to hunt alone on foot, along with his small dog named Robin, about whom he had written much in his first book, The Man-Eaters of Kumaon. Jim used to take great personal risks to save the lives of others.

Corbett was also an enthusiastic photographer and after his retreat, he wrote books titled, the Man-Eaters of Kumaon, Jungle Lore and much more. The books cited his hunts and experiences, which relished critical acclaims and a profitable success. Corbett spoke out for the very need for protecting India’s wildlife from extinction and therefore played a decisive role in creating a national reserve for the endangered Bengal tiger. The national park was renamed as Jim Corbett National Park in his honor in 1957 after his demise in 1955.

It was in the year 1968 that five of the surviving subspecies of tigers were named after him, including the Panthera tigris Corbett and the Indochinese tiger, popularly known as Corbett’s tiger.